You are here: Home > Latest Thinking > Trust and the Authentic Business

Trust and the Authentic Business 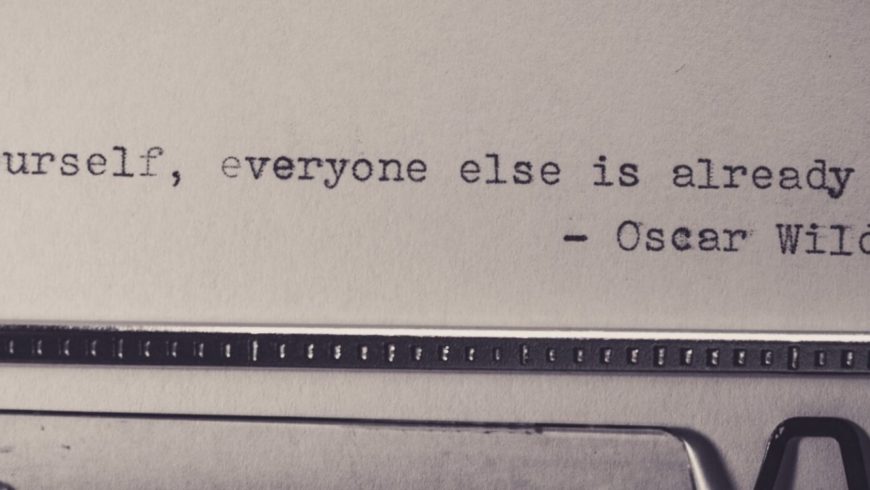 The Connecting Leader Series (6 of 10). This article is adapted from the book The Connecting Leader: In the Age of Hyper-transparency, Interconnectivity and Media anarchy, How Corporate Leaders Connect Business with Society. In this piece, Alberto looks at the current level of Trust and why Authentic businesses are being seen as the most trustworthy.

Trust and the Authentic Business

For the last nineteen years, the Edelman Trust Barometer has surveyed 33,000 respondents in twenty-eight countries—across different profiles, in the “informed public” category—about their level of trust in business, media, government and NGOs. The 2019 Edelman Trust Barometer revealed that trust has changed profoundly in the past year—people have shifted their trust to the relationships within their control, most notably their employers.

According to Edelman, despite a high lack of faith in the system, there is one relationship that remains strong: “my employer.” Fifty-eight percent of general population employees say they look to their employer to be a trustworthy source of information about contentious societal issues.

Employees are ready and willing to trust their employers, but the trust must be earned through more than “business as usual”.

Trust comes from understanding the authentic purpose of an organization and from seeing it consistently act in line with this purpose. Any disconnect between its statements and its actions damages trust and in turn reputation.

So, what does a trustworthy and truly authentic business look like?

Many people are familiar with the marketing version of “authenticity” that is anything but authentic. We need a definition of authenticity that is less complicated and much easier to spot. The complex and often misunderstood concept of reputation and how authentic businesses build their reputations doesn’t make it any easier. A good understanding of what drives a company’s reputation is necessary to understand the health of its Social Contract.

Simone Niven from Rio Tinto, a global mining company, pointed out that “we know that trust in business is at an all-time low. The challenge, particularly for multinational businesses, is to figure out how to relate to diverse constituent groups and connect with local people in an authentic way whilst still operating successfully at a global level.”

Trying Too Hard to Be Authentic

Let’s look at the recent hype surrounding the concept of authenticity. Over the last decade, the term “authenticity” has been overused by marketing and business professionals to the extent that it comes across as insincere at best, and meaningless at worst.

Consultants continuously advise firms that customers are yearning for authenticity in an age of doubt and mistrust. Indeed, in 2013, the Boston Consulting Group surveyed 2,500 American consumers and found that being authentic was one of the main qualities they said would attract them to a brand. But how can consumers tell when a brand is truly authentic?

Public relations efforts don’t make it easy. An article in The Economist examined the “authenticity” trend showing how today’s consumer is inundated with a cascade of fascinating facts that strive to bestow a sense of “authenticity” on brands. Even the way companies talk about authenticity can be inauthentic. Interbrand, a consultancy on branding, describes authenticity variously as “internal truth and capability,” a “defined heritage,” and a “well-grounded value set.” What do those phrases even mean?

Business leaders have given lip service to authenticity for some time, but the definition remains elusive. The Cohn & Wolfe company, for example, examined the role of authenticity in business since 2012 and devised a rating called the Global Authentic 100, an annual index of global brands ranked by consumer perception of authenticity. Consumers were asked to rank firms on three highly subjective attributes that allegedly define authenticity: reliability, respectfulness and reality. The top five? Amazon, Apple, Microsoft, Google and PayPal.

There are good companies on that list, but examining the data closely reveals the results come from only 15,000 consumers of 1,400 brands across fifteen markets. These responses cannot possibly paint a comprehensive picture. Instead, they ring as “PR trying to do PR”—someone created a ranking to develop a story about brands that actually removes the authenticity of authenticity. Carrying out such broad analysis makes it nearly impossible to take into account the cultural norms of the different markets, which raises questions about the validity of the surveys in the first place

What we’ve learned through repeated cases is that authenticity cannot be faked in the long run and those businesses that “try hard too be authentic” are discovered sooner or later.

Authenticity needs a simpler and more universal definition. True authenticity means doing what you promise, being consistent in word and deed, demonstrating the same fundamental character in different roles with different stakeholders, and being competent in delivering value to your customers and other stakeholders. This, in turn, builds trust.

We often apply a similar metric at the personal level. A recent article in The Guardian confirmed this, finding that when we think of the people we most and least admire; authenticity, or lack of it, differentiates those we respect from those we don’t. Our estimation of a person might change depending on what they say or don’t say, but when people are consistent in their opinions, whatever they are, we respect them. Generally speaking, we admire those who possess self-knowledge, the ability to be honest and transparent, and a track record of standing up for what they believe in. We don’t tend to admire those we see as fake or phony.

The same principle applies to business. The concept of authenticity is universal and timeless. You can’t reinvent it; the only way to be authentic is to really be authentic.

Johnson & Johnson’s authenticity has been tested several times during its 132-year history. Michael Sneed, Worldwide Vice President of Global Corporate Affairs and Chief Communications Officer, shared with me the importance of being authentic every day, saying, “At truly purpose-driven companies, purpose can't be a set of words or hollow statements, but commitments you really live by every day. Your actions reflect your values, and in today's environment, you will be known by what you do, not what you say. If you live your purpose, you will probably stand the tests of time. If you don't, more and more, consequences will come quickly.”

As trust in business continues to decline, it is incumbent on Connecting Leaders to lead their companies away from the pitfalls of PR and spin towards an honest and authentic understanding of their purpose and how that determines the way they behave and the actions they take.

The Connecting Leader is available in paperback and kindle on Amazon.

Last week saw the conclusion of the seventy-fourth UN General...