You are here: Home > Latest Thinking > A little less conversation… 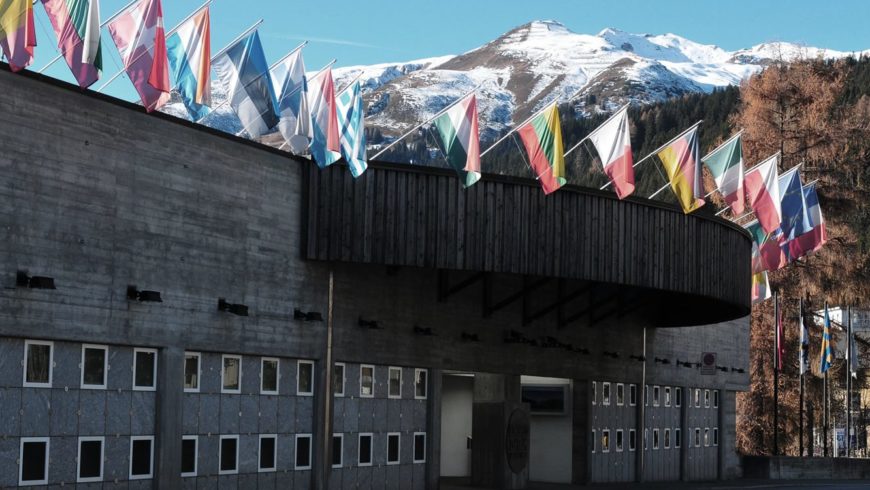 Over the years, Davos has served as a sort of high-minded dating agency, with business leaders, financiers and politicians able to co-operate to facilitate the growth of trade and investment.

Last month, we saw the 50th anniversary of the World Economic Forum. The WEF’s first manifesto outlining “the need to harmonise the different interests of the stakeholders” was compelling and visionary.

Under the overarching theme of “stakeholders for a cohesive and sustainable world”, this year’s Forum unveiled a revamped manifesto, stating a company’s purpose should be to “engage all of its stakeholders in shared and sustained value creation”.

The stakeholder word appeared in the title description of no fewer than 13 sessions on the Forum’s main programme, and the sessions covered the breakdown of trust, probed globalisation’s shortcomings, and underscored the need for companies to think not only about investors but also the planet, employees, and the communities in which they operate.

Many gave in to the excitement of being part of the “global elite” and argued that finally the stakeholder era had arrived, heralding a rapid shift in the purpose of companies.

However, geopolitical and environmental concerns overshadowed the economic and business questions that have dominated WEF’s agenda in previous years and Climate change took centre stage.

While the climate change issue has been around for decades, executives and investors have been concerned for a long time about the lack of reliable data on the efforts companies and society are making on addressing the issue, not to mention their impact.

This probably explains why climate change did not even make it into the top 10 threats that executives see to growth prospects according to PwC’s latest global CEO survey.

Nevertheless, a number of organisations seized the opportunity to announce zero carbon emission policies aimed at eradicating their climate impact.

After a week of packed of meetings and cocktail parties, executives talked at length about putting “sustainability” at the heart of their businesses, financiers stressed the need to incorporate climate considerations into their risk models and most politicians paid lip-service to the need for international co-operation to combat the dangers.

There’s a growing sense that issues such as climate change, purpose and stakeholders, have been discussed for a long time and the time for more talk has ended.

Delegates left with questions unanswered and the challenge is no longer “why” but “what” and “who”; what is the action plan to tackle these issues and who is going to take responsibility to ensure change happens?

Acknowledging the importance of environmental issues and creating positive change are rather different things.

In the current era of Activism there’s a danger that the Forum will become no more than woke washing, and that its efforts will be deemed irrelevant; relegated to mere “window dressing” on the sidelines.

The greater danger is that in the subsequent race for companies to present their purpose-driven ESG credentials, talk not only outstrips action, but talk obscures relative inaction. The concerns are real, the timelines are pressing and the intentions are genuine. But this is not the time for back-patting and platitudes.

If anything, we need a little less conversation and a little more action please.

Last week saw the conclusion of the seventy-fourth UN General...