You are here: Home > Latest Thinking > CEO blog: Having the courage to take a stand 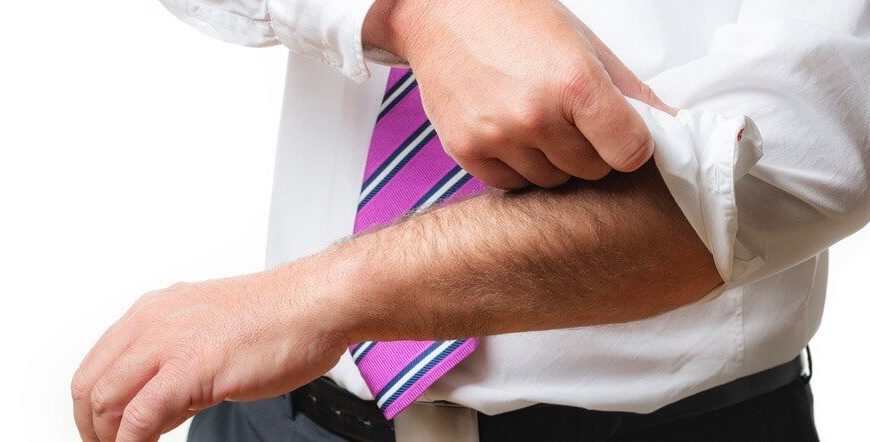 In today’s social context, the CEO is expected to take more of a visible stance on a range of societal issues. “Political Activism” is one of the most potentially divisive areas and it falls on the Corporate Affairs leader to counsel the CEO so they engage with the right issues, understand how the stance fits against the DNA of the business and are well-briefed for any potential backlash.

In 2016 Apple did something remarkable and rather innovative. It came out against an anti-LGBT bill under consideration in the North Carolina legislature. This was the latest–and arguably most significant–stand the company has taken in its growing activism campaign for LGBT rights. While the law itself had no direct impact on its business, the brand activism demonstrated by Apple makes one thing clear: Companies are starting to recognise that their customers care not only about what they sell but also about what they stand for, and taking stances on social, cultural, and political issues.

This trend is hardly limited to Cupertino, or even to technology companies. Other corporate powerhouses, including Salesforce and Bank of America, were similarly quick to condemn the North Carolina legislation. What’s worth noting in each case is how the companies tackled the issue: There were personal, passionate responses from each company’s CEO, supported by consistent messaging from communications staff across the organisation.

This kind of corporate activism has been decades in the making. Today we live in a The New Normal of Interconnectivity, Hyper-Transparency and Media Anarchy. Operating under these three overlapping dimensions has made it increasingly more challenging for businesses to engage with society and “control” how stakeholders respond. However, companies are also more aware of what their customers think. The same tools give businesses the opportunity to join issue conversations on equal footing to more traditional advocacy voices. Furthermore, these businesses increasingly aim to nurture customer relationships that are lifelong, built not just on product features but also on shared cultural values.

One of the biggest areas for CEO Activism opportunities and risks is around Political Activism or around issues that are politically sensitive. Brian Moynihan, CEO of Bank of America, summarised the situation well when he stated “Our jobs as CEOs now include driving what we think is right. It’s not exactly political activism, but it is action on issues beyond business”.

Global Strategy Group’s Business and Politics report found that there was a ten point increase (32%) in the amount of people who actively research a company’s position on a social issue. This trend was extended further when examining millennials, with 42% keen to know a company’s stance.

Of course, this increased interest has not developed in isolation. The rise in nationalism on both sides of the Atlantic has led to deeply divided and entrenched political viewpoints. In the UK, the Brexit vote has split communities and families, with demographic analysis showing significant splits by age, location, income and education. In the US, President Trump’s policies have proven equally divisive, with the Pew Research Center reporting a widening gap between Republicans and Democrats. Their research reveals that Republicans and Democrats are now further apart ideologically than at any point in more than two decades, and the amount of Americans that hold very negative views of the opposing party has doubled to over 40% in this period.

These reports show that on one hand there is an increasing appetite for CEO Activism, but there is also additional scope for alienating significant groups of stakeholders by taking a stance. alva has previously reviewed the impact that even a fake news story on CEO Political Activism can have on a company’s reputation, when we reviewed a boycott of Pepsi.

It is vital that significant thought is put into which issues to be vocal about and which to avoid. Picking the issues that are aligned to the company’s values and DNA reinforces the stance of the company and its leader.

The timing of the announcement is also important. Half of consumers expected a company to respond to an issue within 24 hours, which can either lead to first-mover advantage on an issue or hasty proclamations that might back the company and CEO into a corner.

When alva reviewed the most prominent Pharmaceutical CEOs last year, Kenneth C. Frazer of Merck topped the ranking. This was largely due to his decision to be one of the first CEOs to resign from Trump’s advisory council following the Charlottesville incident. His decision led to some criticism, but overall the response was positive and briefly put the pressure on those still on the council, until it had to be disbanded a few days later following a raft of subsequent resignations.

By being an early mover, Frazer won recognition and was regularly referenced when others followed his lead. With clear potential benefits for taking the lead, combined with an expectation of responding to incidents within a day, Corporate affairs leaders need to already have oversight on a wide range of potential issues.

Following the Parkland shootings, Delta Airlines’ CEO Ed Bastian responded by removing discounts for NRA members. He subsequently claimed this was an attempt to appear neutral as opposed to endorsing the NRA, but it was certainly initially seen as an attack on the organisation and led to Georgia lawmakers removing a tax break for the organisation in retaliation. Objectively, this financial loss could be viewed as a miscalculation, but it instead led to Bastian hardening his stance, stating “Our decision was not made for economic gain and our values are not for sale”.

This incident could have gone either way for Bastian and Delta, but by remaining authentic to his original stance he won praise from numerous quarters, including peers like Salesforce CEO Marc Benioff who tweeted “The CEO of the year award goes to Ed Bastian”.

The narratives around political issues are rarely static, so the Corporate Affairs team need to be monitoring how the conversation is progressing, how each of the key stakeholder groups are responding and then report back to the CEO and advise how they can incorporate this into their positioning to accentuate the positive feedback and mitigate the criticism.

The divisive political landscape means that taking a stand is not a straightforward task and there are risks associated with it. However, when the Corporate Affairs leader is equipped with the right intelligence and insight, and is able to link the stance with the values of the organisation, stakeholders will reward the authenticity and the courage.